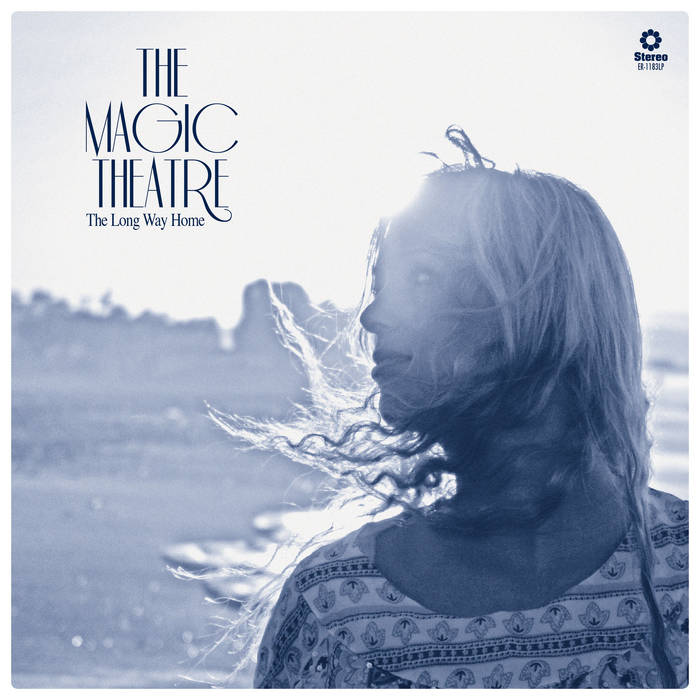 There are few times that a group’s name explains so much about their musical aspirations. THE MAGIC THEATRE’s music is a dramatic evocation with no limits; thousands of stories seem to flow within their melodies - through the richly timbred, vast instrumentation, in the impossible arrangements, and in the thousands of influences from all over the world that fill their songs. It is fantasy and imagination made into music, something that Dan Popplewell and Sophia Churney exalt on their second album, “The Long Way Home” – their first for Elefant Records.

Ever since Popplewell and Churney met as part of OOBERMAN – the British band that won single of the year about ten years ago from The Times and Mark Radcliffe’s Radio One program, for their single “Shorley Wall” – the two felt compelled to work together. This was finally possible just a few years back with the birth of THE MAGIC THEATRE. After a delicious first album that set up all the parameters that this new album expands on, they signed with Elefant Records. And after that marvelous single, “I Got The Answer”, a song which is included on the album, we finally have “The Long Way Home”.

The magic appears almost immediately. “The Sampler”, a story of a sick Victorian girl trying to finish her embroidery project in time for her birthday, seems like a fairy tale invented by Tim Burton and composed by the famous Danny Elfman, with those arrangements of his that cradle you between mystery and innocence, creating a dream-like atmosphere. “It Was Glorious” shows all the complexity of their compositions, structures, and constantly changing rhythms, as if LOVE were pushing their lyricism to the very limits. The song grows like the memories that make us believe how wonderful life can be. “Festival Of Fire” is an exotic song flooded with Indian and Arabian effervescences, with majestic and moving strings that flirt with the listener through the song’s vast instrumentation and its colorful, epic, and danceable spirit. We realize we are using strong words here; these are musicians with no limits to their creativity – anything is possible. And that is exactly THE MAGIC THEATRE’s goal – to make the listener expect the unexpected. And that is exactly when that folky breeze that is “I Got The Answer” comes in, with its surprising Brazilian percussion. Once again, we realize, anything could happen in any of the songs on “The Long Way Home”.

“Your Hateful Armchair” tells another Victorian tale, of a woman who escapes her evil husband by drugging him then rowing away in the moonlight, growing incrementally to the rhythm of the piano chords, and then opens into to one of the most psychedelic, moving songs on the album. “Cathedrals Of The Mind”, a song about the grandeur and folly of all human achievements plays with the elegance of CAMERA OBSCURA, the epic emotions of THE WALKER BROTHERS, and the biting energy of THE CLASH to create worlds the human mind can’t even conceive of. “Love Is Blue” (which was also on the advance single “I Got the Answer”) is a cover of an André Popp song written for Vicky Leandros to represent Luxemburg with at the 1967 Eurovision, and that Paul Mauriat later turned into a number 1 hit in the US. It shows off Dan and Sophia’s delicacy with arrangements as well as their baroque roots, making us think of the delicious version that Claudine Longet released in 1968.

“I Want To Die By Your Side” is an exquisite demonstration of chamber pop, a declaration of universal love, stuffed full of bucolic beauty; it’s one of the most heart-breakingly beautiful moments of the album. “Heart Strings” brings back the ambiance of mystery, a haunting and beautiful song about the death of someone very close. The last song on the album is also the title track and it brings things to a close with a marvelous lyricism that makes us think of THE GENTLE WAVES insisting on the philosophy that this album gives off: “take the long way home / because life’s not worth living without love / (…) and let’s catch the last rays of sun…”

THE MAGIC THEATRE’s second album has the qualities that the most important albums have – immediacy and the ability to pull you in right away. It is full of complexities, dark corners, subtle details, and an interior world that requires a lot of listens to be able to enjoy it all fully. Ladies and gentleman, the show is about to begin.